021 300 7972   Apply Now
Announcement
TRAVEL UPDATE: We're open! Where can I go? and answers to your questions about COVID-19
Tasneem
Johnson-Dollie
Tasneem Johnson-Dollie is a travel writer living in South Africa. She has experience in public health nutrition and worked as a dietician before launching her writing career. She loves bringing her passion for public health and sustainable development to every article she writes. Her travels around South Africa as well as to India, Australia, and Saudi Arabia have fueled her passion for exploration.
Diving Greece Internship Marine Conservation Responsible Travel Sustainability Travel Volunteering
0 Likes
Share
Facebook
LinkedIn
Twitter

Can we contribute to sea turtle conservation? 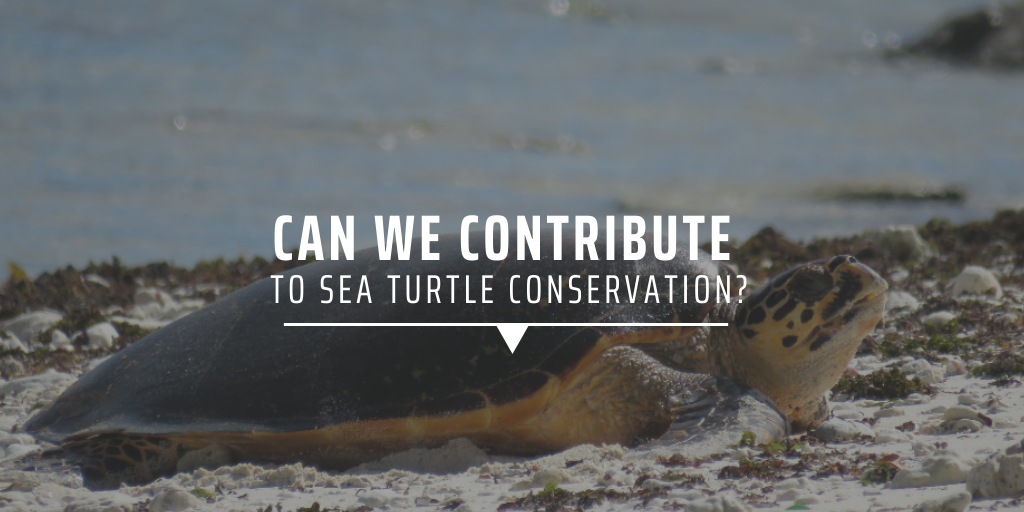 Sea turtles face many challenges, making them some of the most vulnerable of all endangered animals. It’s worth knowing more about sea turtles and how their well-being can affect us too.

They’ve been around for millions of years, forging their place in both marine and terrestrial ecosystems.

And their appeal to human beings is undeniable. They’ve appeared in TV shows and major movies for decades. So it’s hard to believe that these docile creatures face serious obstacles to their existence on land and at sea. Sea turtles depend on healthy land and sea systems for their well-being. While they spend most of their lives in the sea – feeding, migrating, and mating – they venture onto land for the all-important task of laying their eggs and growing their population.

This balance is being disrupted by environmental and man-made obstacles.

As a result, many sea turtles are accidentally caught up in fishing nets; poached for their shells, meat, skins, and eggs; or harmed by environmental pollution.

Their sexual development is also being challenged by rising temperatures globally, which affects the outcome of their sex. It doesn’t end there. Threats to sea turtle hatchlings are also catapulting these creatures to the top of the endangered animals list.

As hatchlings, sea turtles are much more vulnerable. On their journey from sandy nests to the open ocean, many hatchlings are preyed upon by seabirds, crabs and other predators.

Even coastal development has caused hatchlings to head the wrong way. Instead of following the natural light of the horizon, they end up following the lights of buildings – moving further away from their ocean destination.

Because sea turtle populations can reach massive numbers, they contribute to the health of marine ecosystems in a big way. During its lifetime, a sea turtle cycles tons of sea sand – helping to maintain healthy soil, and disperse seeds far and wide – including those from endangered plant species. It also contributes to the cycling of organic matter by grazing and producing waste products. This helps to keep marine ecosystems healthy.

All these activities contribute to cleaner air and healthier soil. And, since air and soil are cycled between land and sea over time, sea turtles contribute to the health of all natural environments.

So, the well-being of sea turtles affects us too. And, with obstacles coming at them from every angle – and many of these man-made, our contribution to sea turtle conservation can be a big help to our flippered friends.

Fortunately, there are opportunities for us to assist at every step of the sea turtle life cycle.

How to contribute to sea turtle conservation Clearing the way for migrating sea turtles is one way to do this. Projects that look to reduce sea pollution in Thailand, educate local communities on sea turtle conservation in Greece, and address marine threats in Mexico aim to make sea turtle migration – from feeding to breeding grounds and back again – easier.

Then there are projects aimed at giving sea turtle hatchlings a fighting chance. Ushering them on their journey to the ocean, or assisting in reducing the environmental factors that affect their development, boosts their survival and contributes to growing the sea turtle population.

And, projects dedicated to sea turtle research and monitoring keep us in the loop regarding the survival and well-being of these creatures. This helps us to know if our conservation efforts are making a positive impact, and paves the way forward for our projects. With more determined eyes on sea turtle conservation, these creatures could go from being critically endangered to cool, calm, and collected. But there’s lots of work to be done to get there.

Fortunately for us, getting involved is the easy part.

Find a meaningful way to contribute to sea turtle conservation, and make a positive impact that we can all benefit from.

Tasneem Johnson-Dollie is an intern at the GVI Writing Academy. The Writing Academy is a skills-development program that pairs development editors with budding travel writers. Learn more about the program here.