Field Staff Member Luke Tavener has taken it upon himself to create a master guide to Buddhism in Laos for volunteers. It is not designed as a complete guide to Buddhism but rather to help answer many of the common questions volunteers have when coming to Laos. Here is part four of his guide looking into the unique lives of Monks and Nuns in Buddhism. 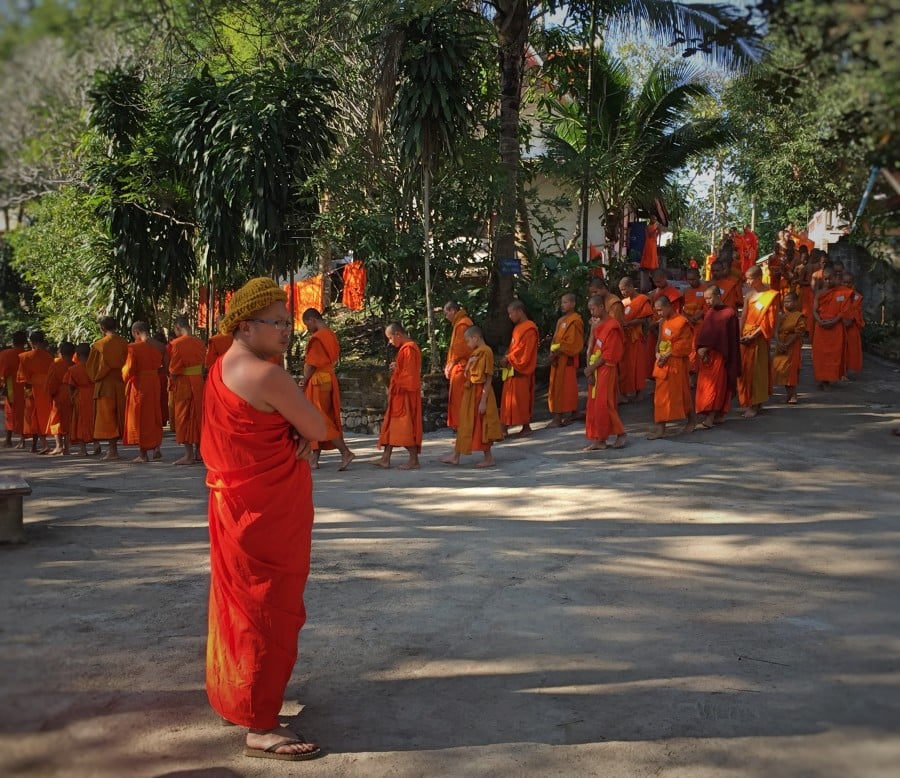 The decision to become a Monk is not taken lightly. The choice to become a Novice is very much driven by the opportunities more developed towns have to offer, better education, food and shelter, but it is only those who are truly committed to the Buddhist religion that go on to become monks. When a Novice reaches the age of 20 they have the opportunity to stay in the temple to continue practicing and learning Buddhism by becoming a Monk. When becoming a Monk, you have to commit to the temple for a minimum of four years before you can choose to leave. Once a Monk leaves the temple they have the opportunity to rejoin at anytime but each time they have to commit to another four years.

Compared to Novices, Monks have to live by 227 precepts but the Novice 10 are considered the most important ones. Where Novices renew their precepts every full and half moon, Monks only have to renew their precepts 10 times per year, a procedure completed by the head Abbot of that district. 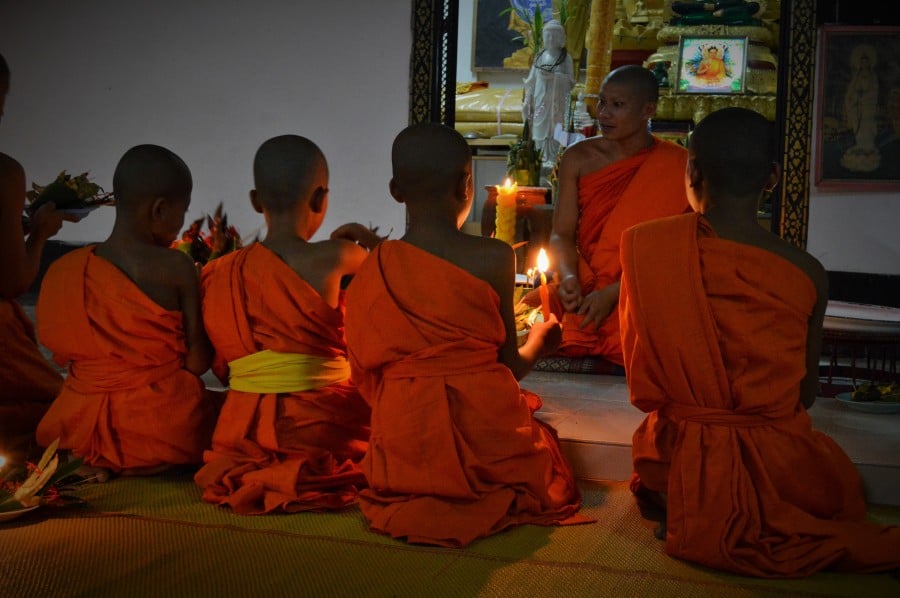 As mentioned before when outside of the temple it is easy to differentiate between a Novice and a Monk, as one covers only one shoulder with their robes and the other both shoulders respectively, however when inside the temple grounds this is not the case. It is normal for Monks and Abbots to cover only one shoulder when chanting and meditating.

Each temple has their own specific Abbot, who are chosen through a seniority system within each temple. The monk who has been at that specific temple the longest then becomes that temple’s Abbot. Abbots are referred to and respected as teachers and one of their main duties is to teach Novices the ways and teachings of Buddhism. It is also the Abbot’s duty to maintain the temple and it’s grounds. Abbots decide when it is a Novices’ day to fulfil their temple chores and often organize days of construction to repair and refurbish parts of the temple. 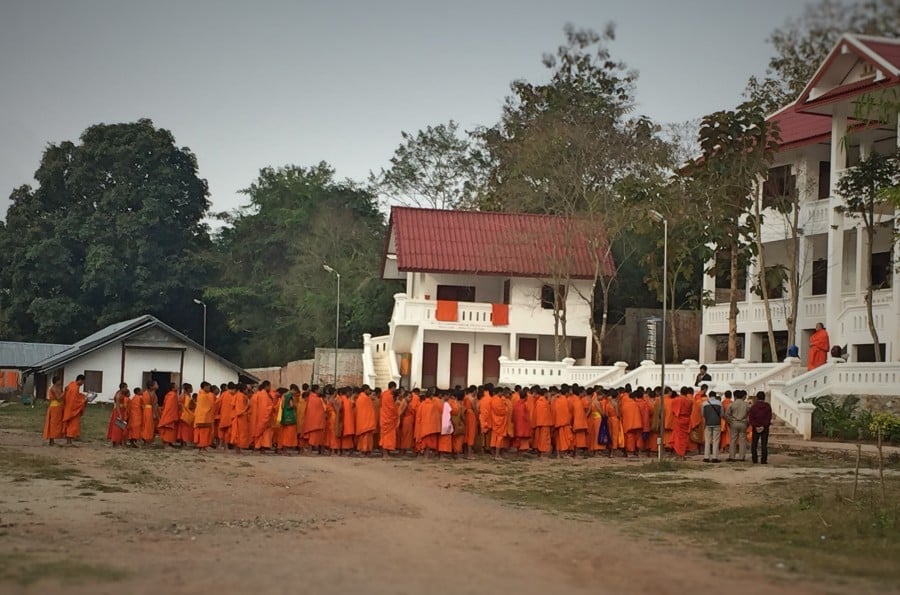 There is a very small population of Nuns inside Laos. It is more common at times of festivals, such as Vipassana (click here to read a previous blog about Vipassana), that women travel from their homes to don the white robes for a short period of time to gain merit for their families. However, true nuns are a much rarer sight. In 2007 it is estimated that there were 450 nuns in the whole of Laos. The Nun-hood is mainly comprised of divorced or widowed elderly woman who decide to devote the rest of their life to worshipping Buddha. Those who live at the temple wear white robes and shave their head and eyebrows along with other Novices and Monks.

It is theorised that the small population of Nuns is a result of the extinction of the lineage in Theravada Buddhism in the 11th to the 13th century. It is believed that from that time no new Nuns were could be fully ordained as there were no Nuns left to give ordination. Originally, these fully ordained Nuns followed 331 precepts, however, now without ordination available to them, women traditionally voluntarily take limited vows to live as Renunciates. These women attempt to lead a life following the teachings of the Buddha and observe 8 precepts, compromised from the Novice 10. 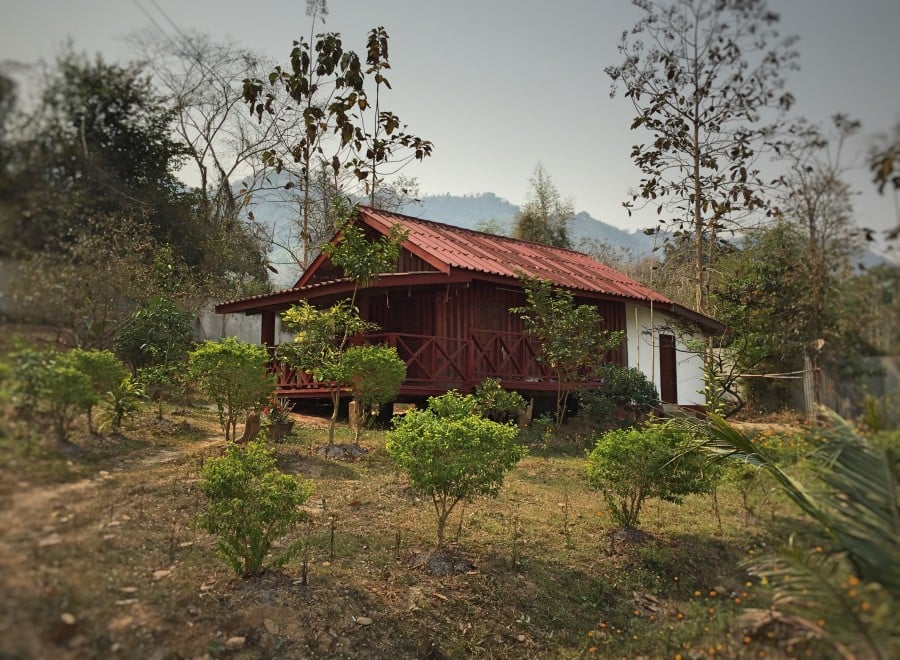 The house of the Nun at Wat Phao.