Why climbing Table Mountain should be on your bucket list I mentally ticked “climb Table Mountain” off my bucket list once I had pulled myself up onto the dark rocks of the mountaintop. Feeling empowered, I walked to the viewing point and saw Cape Town laid out in front of me.

Table Mountain is a popular bucket list destination. According to the Table Mountain Aerial Cableway, approximately one million people take the mountain’s cable car annually. But taking the cable car means missing out on a great experience.

As I discovered in 2017, the climb is hard for beginners, but so worth the view and sense of empowerment you feel at the top.

Thinking about where to start 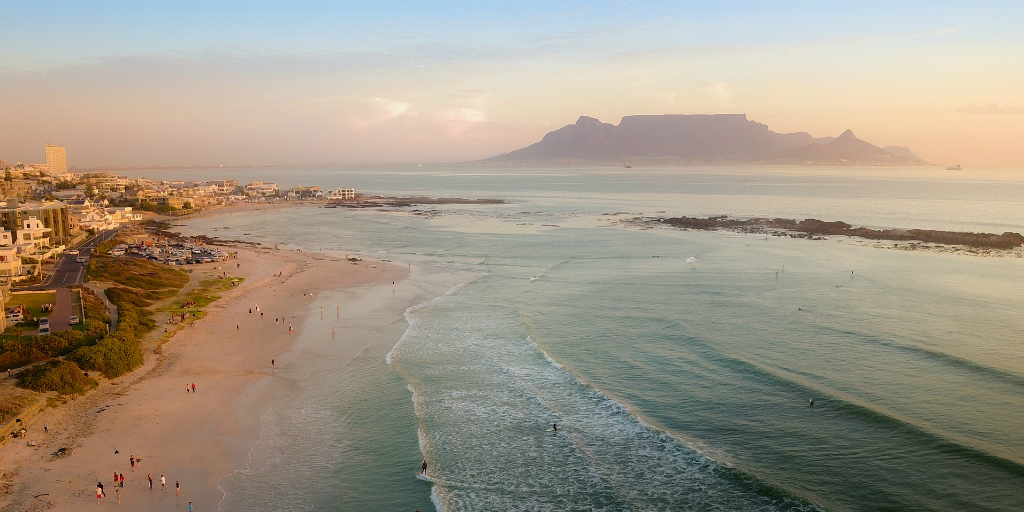 As the car pulled onto the Platteklip Gorge turnoff, it was clear we’d be joined by many fellow hikers.

It was a sunny October day. The early afternoon weather was warm but not unbearable. Cars were parked all along the side of Tafelberg Road, the 2.63 kilometre road that winds up to the Platteklip Gorge entrance to Table Mountain. I was glad I had arrived by taxi.

Groups of friends posed for photos with the view of Cape Town in the background. Clearly, Table Mountain wasn’t just on my bucket list.

On this sunny day, the city and the Atlantic Ocean glistened. And I was already taken aback by the view.

Behind me Table Mountain loomed, its flat surface slightly covered by the clouds. The rocks at the top looked like every stone had been purposefully placed on top of each other. This perfect formation continued down the mountain, until it was eventually obscured by the small, sharp-looking brush and fynbos that covered most of the bottom half of the mountain. 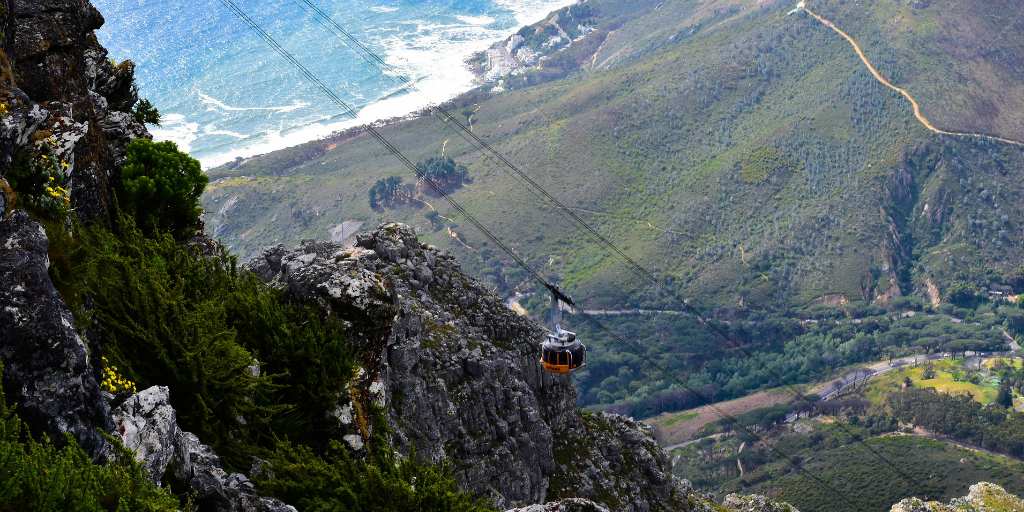 There are many different hiking routes up Table Mountain. I took the popular Platteklip Gorge route.

I did not know that this route zig-zagged up the mountain and through the gorge. Nor was I aware that the hike would involve climbing stairs for two to three hours. Stupidly, I had not done enough research.

I had expected the hike to be short, with a steady incline for around 30 minutes to an hour, before opening out to a view of the city and the sea. But I now understand why the climb (no matter what route) is among the popular bucket list ideas. The view was even better than I thought and I felt I had earned it after hiking for so long.

At the entrance to Platteklip Gorge, I was greeted by the welcome sign to Table Mountain National Park. The sign gave advice such as to never travel alone (I was with a group of volunteers) and take plenty of water, and a number to call in case of emergencies. I would highly recommend taking a fully charged phone and jotting down this number.

When the welcome sign reads “Entry at your own risk” you know that ticking Table Mountain off your bucket list is not going to be easy. I was getting nervous. What if I wasn’t fit enough to climb?

Despite my nerves and doubts, I began to climb.

Chances to break and escape the heat 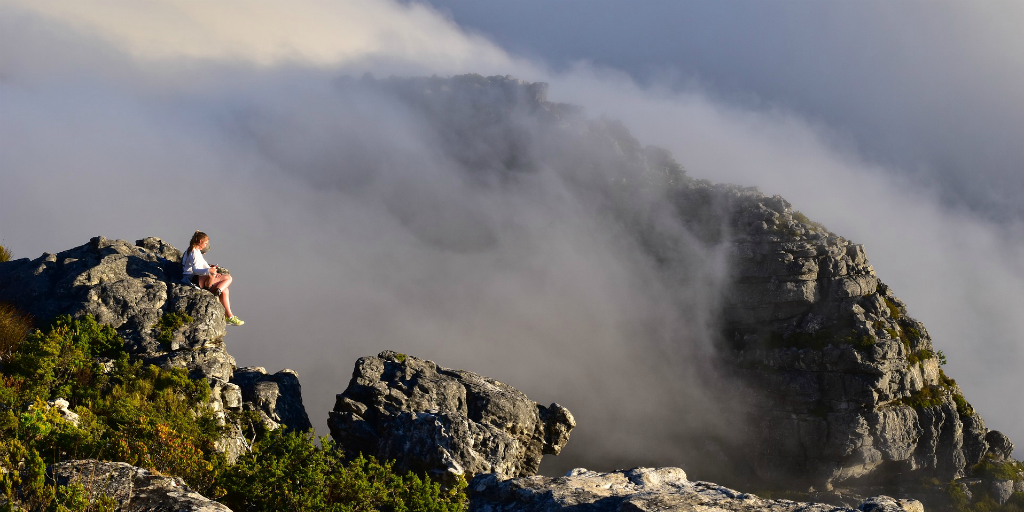 Twenty minutes into the climb, I had to stop to catch my breath.

The sun was relentless, particularly at the base of the mountain. There was no shade, or escape from the heat, so even while I was resting, I still worked up a sweat. The sun exposure made the hike that little bit harder. I cursed myself for not going earlier in the morning.

I clambered up the rocks, crawling like a spider (though much less graceful). The rocks were hot and covered in loose dirt. I was hot and drenched in sweat. My hands dried up as they made contact with the dry ground. When I felt my back ache or I was breathing too hard, that was my cue to rest.

My fellow volunteers and I were not alone. But not all our fellow hikers were serious walkers (though I must admit it was important to be in a relatively fit state).

The comradery I felt with those I encountered along the way allowed me to also tick “be comfortable talking to strangers” off my bucket list.

Every time I stopped there was someone to talk to. Whether coming or going, there was a real sense of community. Whenever I rested, I was met by “You can do it!” or, “You’re almost there!”

Determined to get to the top 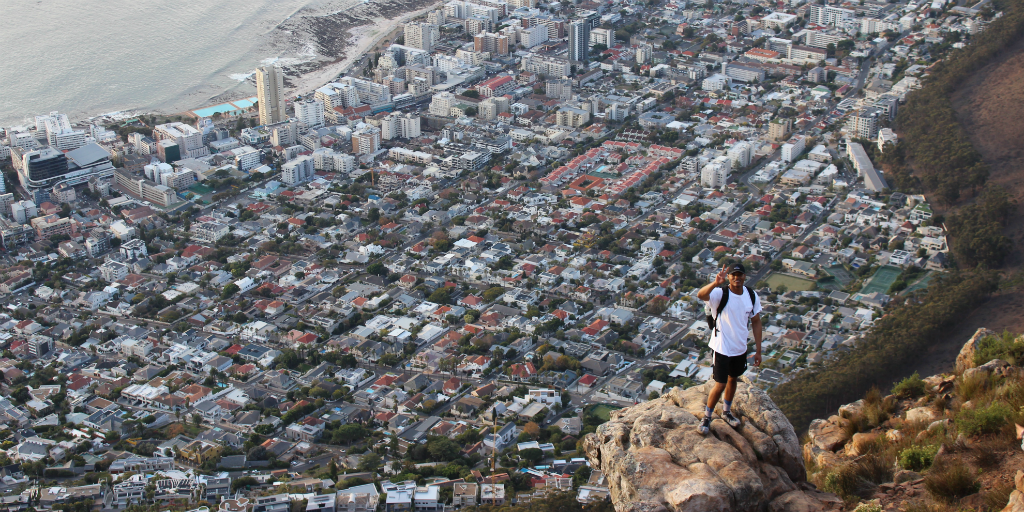 After hiking for an hour and a half in the sun, getting to the shade of the gorge was a relief. My pace quickened as I realised how much cooler it would be for the last thirty minutes of the ascent. Despite the gorge’s steepness, the shade made it the easiest part of my journey.

The grey rocks loomed around me as I neared the end of the two-hour hike. Further up the mountain, I climbed, and eventually I pulled myself up to the top. 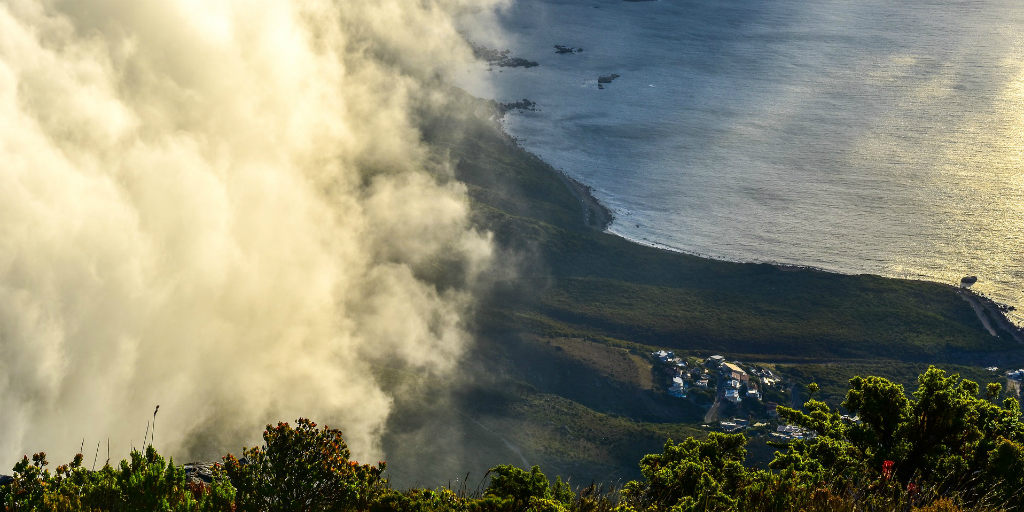 Though Table Mountain looks completely flat from the city below, I had to watch my footing on the uneven ground. It was easy to see why the mountain could be dangerous in bad weather. Even on this sunny day, the clouds still covered the uneven ground somewhat.

When I walked to one of the viewing points, I could see far out over the city and the Atlantic Ocean beyond. The sun was beginning to set and the horizon glowed pink.

I looked down and considered the feat I had just achieved. I was blown away by my sheer determination. I was both empowered and humbled by Table Mountain. I felt as though I could take on the world.

This feeling stayed with me for the rest of my time volunteering in South Africa. I knew that no matter how challenging a day could be, I could handle it.

Feel inspired to tick Table Mountain off your travel bucket list? Check out GVI’s Cape Town projects where you can climb Table Mountain and get the opportunity to volunteer.

The ultimate travel guide to the Gulf of Kyparissia Greece
Read More
A closer look at Mandela Day and sustainable development in Africa
Read More
Ghanaian food: What you're missing out on
Read More
Apply Now
Enquire Now
Call Back Request